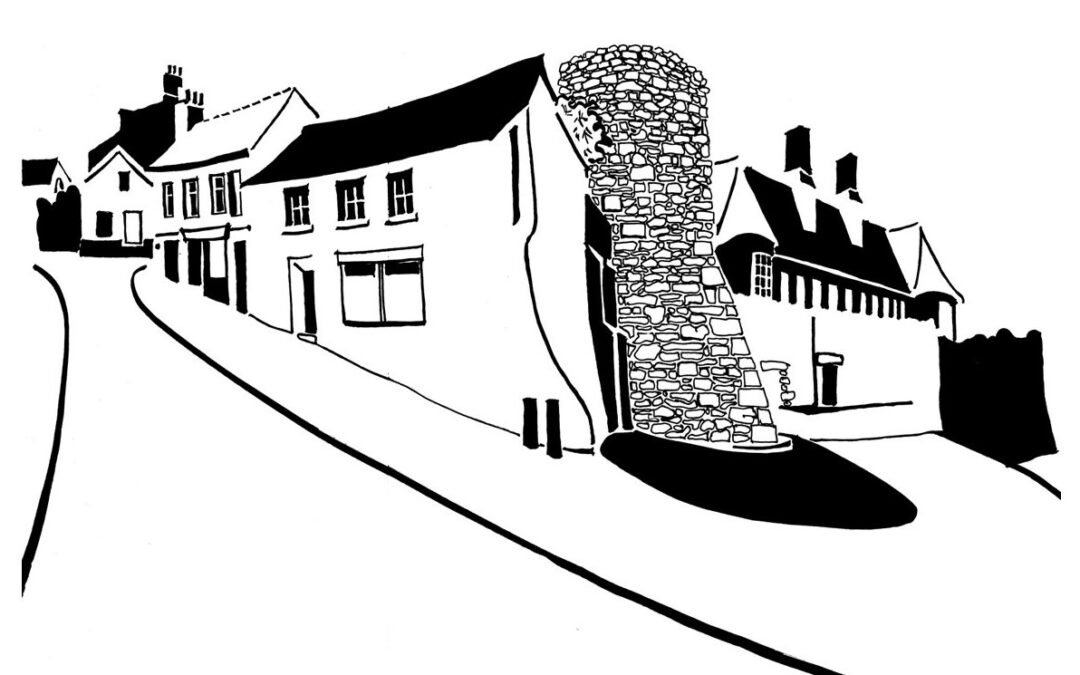 From my Welsh base in Pembrokeshire, the last couple of years have seen me expand in subject matter into neighbouring areas of west Wales.

I produced a set of Carmarthenshire images for the Origin Dyfed gallery in King Street, Carmarthen town – including the striking Paxton’s tower, bordering the National Botanic Gardens, and the eccentric town hall in Dylan Thomas’s old writing base of Laugharne on the Tâf’s ‘heron-priested shore’.

A Ceredigion series for the visitors’ centre at the newly revamped Cardigan Castle takes in Cardigan town itself as well as the unique chapel and hill on the coast at Mwnt and a surviving old cottage in the planned Georgian port of Aberaeron.

I’m also in the process of expanding my Asia set of B&W prints to include subjects from eastern and Middle Eastern trips. A traditional Russian timber church and a Giza pyramid have joined the temples and tombs of India and Southeast Asia in my ‘Eastern Horizons’ series – with more to come!